We were very fortunate to have a second visit from the Cambridge Bryophyte Group. Their first visit being in 2001. On the 18th November 2017 Mark Hill, Nick Jardine, Chris Preston, Jeff Scott, Jon Shanklin carried out a bryophyte survey on Ely wildspace and the City of Ely. 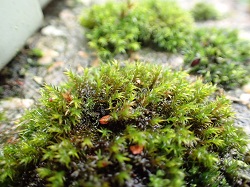 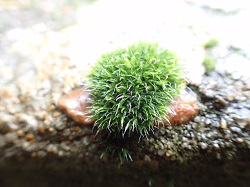 Fourty-two taxa were recorded from the banks of both the East and West Pits. Firstly on the wooded northern slope of the East large pit, there were good epiphytes, with a lot of Cryphaea heteromalla plus Ulota bruchii, Frullania dilatata, Metzgeria violacea, Radula complanata and, the best record, M. consanguinea, found by Jonathan growing with M. violacea on a pathside willow. Nick found a nice clump of Fissidens viridulus with maturing capsules, and Mark spotted one less mature capsule of F. incurvus on a taller seta.

The slope of smaller West Pit gave less bryophytes than might have been expected, but Microbryum davallianum grew on the track, Jeff found a nice clump of Aneura pinguis and Mark later confirmed the identity of Brachythecium mildeanum, which was present as frequent short lengths of stem amongst the acrocarpous mosses.

After visiting the pit, the group went to the St Mary's Church and around the street of Tetrad TL58F. They found 26 species in the churchyard and a further 34 in the streets including Pseudocrossidium revolutum, Syntrichia virescens and Ceratodon purpureus was flourishing in the polluted soil below the allotment fence.