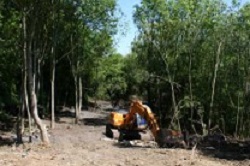 Ely Wildspace started in 2006 as a campaigning group called LPCRE; Local Campaigners for the Protection of Rural Ely. The local people of Ely and district were worried by statements from the new owner of part of Roswell Pits that he wanted to convert it into a marina for narrow-boats. Despite having no planning permission work began on the site, with trees cleared, and services and hard standing installed. Our view was that the construction work, noise, physical disturbance and pollution that a marina would bring would cause significant harm to the site’s rich wildlife. Local users also told us that it would greatly reduce the existing amenity value of the area for the people of Ely and beyond. We were amazed when more than 400 people filled the hall, ( City of Ely College), to overflowing at our first public meeting. The sharing of concerns, knowledge and expertise convinced us to launch Elywildspace as a campaigning group and we quickly reached a membership of well over 1000! 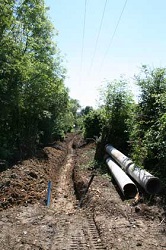 In response to these concerns we successfully lobbied for ECDC to issue a Planning Contravention Notice to the developer, and to place a Tree Preservation Order on the remaining trees at the main pit. We also provided a barrister to help the Council defend an appeal against its 2008 Enforcement Notice. There has been no significant development of the site since 2007.

The marina issue threw into focus the need for a more strategic vision for all remaining habitat fragments around Ely. Working with the Wildlife Trust we canvassed the views of our entire membership, local landowners, and hundreds of members of the public, to develop the idea of Ely Wildspace - a carefully zoned multiple-use area which can secure the long-term future of Ely's green spaces for wildlife and local people alike.


In 2008 we applied to have Ely Common registered as a ‘town green’. This was a mammoth commitment, not least because this was a new piece of legislation, not yet tested in law. With the support of the local community we raised money through auctions, donations and events to fund our application and to pay our barrister. The public generously supported us and gave evidence when we had to go to judicial review.

Five years later, two judicial reviews and over £10 000 in costs, we finally achieved ‘town green’ status for Ely Common, protecting it for the benefit of the local community for years to come.

Protection of most of the area was greatly enhanced in 2009 when Natural England expanded the Site of Special Scientific Interest which protected the geology of a portion of the Roswell area into Ely Pits and Meadows SSSI - an 86 hectare area covering nearly all of the Ely Wildspace, and notified not just for its fossils but for its breeding waterbirds, and in particular its breeding and wintering bittern.

Bird records provided by members of EWS helped support this decision. EWS continues to keep a ‘watching brief’. We are often approached by local people, who have concerns about issues about the area. We work collaboratively with local bodies for the benefit of the area and we are a landowner & consultee on issues in EWS.